Due to the high quality of our formula and its more than proven effectiveness, it is not odd to find numerous and detailed tests on the ingredients these days.

The following are detailed information by professionals in the field on the effectiveness of the ingredients that compose the exclusive and revolutionary formula of Procurves Plus pills.

Piperine is a patented new and revolutionary ingredient that considerably improves the absorption of the rest of the ingredients by our body, facilitating the assimilation while speeding and improving the results in an extraordinary way.

It is a standardized extract of piperine, the main alkaloid of black pepper, being an extremely pure and safe form of the latter. It is obtained from fruits that come from plants cultivated in the humid regions, rich in Nigrum L. (black pepper).

Next, we offer you a chart and some scientific explanations regarding the origin and importance of piperine.

The subtle yet potent properties of piperine have been measured in several clinical studies with totally healthy volunteers in the U.S. These studies measured the absorption of three distinct categories of products. The categories evaluated with and without piperine were fat-soluble (beta-carotene), water-soluble (vitamin B 6) and a mineral (selenium, in the form of selenomethionine). Gastrointestinal absorption of all the studied nutrients, as measured by amounts present in the blood, increased dramatically when administered with piperine as compared to the control group receiving the nutrient alone. Selenium levels increased by 30%, beta-carotene increased by 60%, and the vitamin B 6 increase were slightly higher than beta-carotene. All studies used piperine in the amount of 5 mg per dose.

Relationship between phytoestrogens and development of the mammary glands

Phytoestrogens are very important in Procurves Plus because the 100 % natural ingredients that compose it possess very powerful estrogenic properties.

Phytoestrogens most significant estrogenic properties are the ability to act as endogen estrogens, facilitating the mammary development of the glands. In an early stage of fetal life of the epithelial cells, derived from the epidermis of the area that will later become the areola, proliferate into the underlying mesenchyme. In the human being, 20 or less cords are formed, which develop to become the ducts that are connected to the nipple and open to the surface. They surround the ducts in a network of myoepithelial cells, destined ultimately to serve in the expulsion of milk. In the later stages of gestation the blind ends of the ducts bud to form alveolar structures and a small amount of secretory activity occurs.

The results of this formation in the breast occur past a period of 1 to 7 weeks. Subsequently, with the absence of placental estrogen and progesterone, the breast returns to a resting stage composed by small number of dispersed conducts. Such regression may not be completed until months after the birth.

In several species, there is sexual dimorphism in the embryogenesis of the excretory duct system. In human beings, it appears as a histological and functional difference in the breasts of girls and boys before puberty. Shortly before human menarche, with increased secretion of ovarian estrogen, lengthening and branching of the ducts begin in the female breast, along with the terminal ends and the increasing formation of underlying fat and connective tissue. The additional growth takes place in a cyclic way, with certain regression occurring at the end of each cycle. Mammary gland development is under multi hormonal control, involving functional interaction between the ovaries and the pituitary.

Therefore, estrogens may contribute to mammary development by acting directly on the mammary gland and or by indirect endocrine action of the hypothalamic/pituitary/gonadal axis. The alveolar development is also controlled by prolactin and progesterone; lactation is mediated by prolactin. Estrogen, as established before, is ineffective in the absence of previous pituitary hormones. Administration of estrogens to animals promotes the formation of lactotroph cells in the pituitary increase the secretion of prolactin and growth hormone. In the presence of these two hormones, estrogen acts to promote ductal development in the breast.

Although estrogen prepares the breast for eventual milk formation, it also acts to inhibit lactation and in to act as antagonist of prolactin. This happens mostly because of the high levels of circulating estrogen and progesterone, which circulate and make women not to lactate during pregnancy, as well as the abrupt withdrawal of these tow hormones which, with the termination of pregnancy, triggers the o­nset of lactation. Estrogen also acts to regulate the number of prolactin receptors in breast tissue.

The importance of Phytoestrogens

Phytoestrogens are a diverse group of components of the nonsteroidal plant that can behave as estrogens and occur naturally in most plants, fruits, and vegetables. They were first observed in 1926 due to having estrogenic activity, more specifically because of the position and the distance of the hydroxyl substitutes enabled the molecule to bind to estrogen receptors. The molecule binds both receptor types: the estrogen alpha and the estrogen Beta.

Many phytoestrogens seems to have higher affinity for the ERB receptor than steroidal estrogens, which suggests that they may exert their actions through different paths. However, despite their ability to bind to the estrogen receptor, they are much weaker than human estrogens, with 105 times less activity. Phytoestrogens are both alike, as well as their anti-estrogenic activity. Whether they act as an estrogen or as an anti-estrogen seems to depend o­n the amount of endogenous estrogens and the number and type of latest estrogen receptor, but not least the tissue type in which the receptors are expressed. Phytoestrogens are frequently detected in the man in much higher quantities than the produced endogenous estrogens.

There are three main types of phytoestrogens: the isoflavones (the most potent), coumestans, and lignans. There are more than 1000 types of isoflavones, but the most commonly investigated are genistein and daidzein, which are also thought to have the highest estrogenic activity. They are found in legumes such as soy, chickpeas, clover, lentils and beans. The isoflavones are bound to glucose and, when ingested by humans, they are enzymatically cleaved in the gut by the active forms.

The metabolism of the phytoestrogens varies from person to person, and there also seems to be a sex difference because women metabolize them more efficiently. The lignans (enterolactone or enterodiol) are found in flaxseed, lentils, whole grains, beans fruits and vegetables. Other classes which are more rarely ingested are the coum (found in sprouting plants), flavones, flavanones, chalcones, terpenoids, and saponins.

At present, there are products on the market that can result “apparently similar” to Procurves Plus, but nothing is further from reality. Below, we present the reasons why our product is different from all others:

The speed and effectiveness with which the results are achieved should be your first priorities when you are choosing a product for breast enlargement.

Thousands of clients worldwide have already experienced the incredible benefits of Procurves Plus, having reaped incomparable results. However, not only increases your breast in several sizes but also will reaffirm, give volume and better formed. And these improvements are permanent!

Procurves Plus has thousands of satisfied clients worldwide because of the speed and quality of the results it offers. Our treatment only has advantages and this is why we receive daily a multitude of testimonials from clients telling us their positive experiences with Procurves Plus.

Approximately 98% of our customers are more than satisfied with the results they have obtained after following the Procurves Plus treatment.

Currently we have the recognition of the medical community, which has witnessed first-hand the efficiency and quality of our Procurves Plus treatment.

When a product is endorsed and chosen as the # 1 by renowned medical professionals, it is clear symptom of which is a product of proven quality. In recent times, the medical community is recommending 100% natural remedies, thanks to innovative herbal technology that are appearing on the market.

The appropriate company for an incomparable product

Due to the amount of apparently “similar” products that are emerging in the network, it is essential that you get information about companies behind each one of them. In the case of Procurves Plus, we can offer a unique product after many years of research and development.

Procurves Plus enjoys worldwide prestige for being a pioneer in the treatment of breast enlargement without surgery of any kind, having achieved an incomparable experience in this field, the result of years we have been attending the needs of our thousands of clients.

Procurves Plus has been developed and manufactured according to the Quality Management Systems GMP (Good Manufacturing Practices) and GAP (Good Agricultural Practice), which guarantees the high pharmaceutical quality of our pills. Our exercises are also recommended by specialists in the field highlighting their effectiveness. Our facilities are prepared for both the extraction and processing of our product, and their subsequent packaging and labeling. 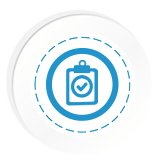 What better guarantee of quality can be offered? Do not think about it and order Procurves Plus now!.
SUBSCRIBE

The payment methods we offer are 100 % safe.
Read more

The order will be shipped discreetly.
Read more

Try your purchase for 60 days, we guarantee the refund of the product if you’re not satisfied.
Read more

All our products have medical expert testimonies.
Read more

HOW TO SELL OUR PRODUCTS?